With acupuncture, some patients start very young. This is actually a good thing considering that treament of the energetic channels in children can help them with immunity, digestive disturbances, and motor problems. As a rule, children are usually not treated using needles. We have other tools to use on them, owing to the fact that they move around so frequently and unexpectedly at times. A teishin is a tool that is often used in Japan for pediatric acupuncture treatments.

These and other metal implements are sterilizable. (The pencil is shown in the figure to the right as a size reference). 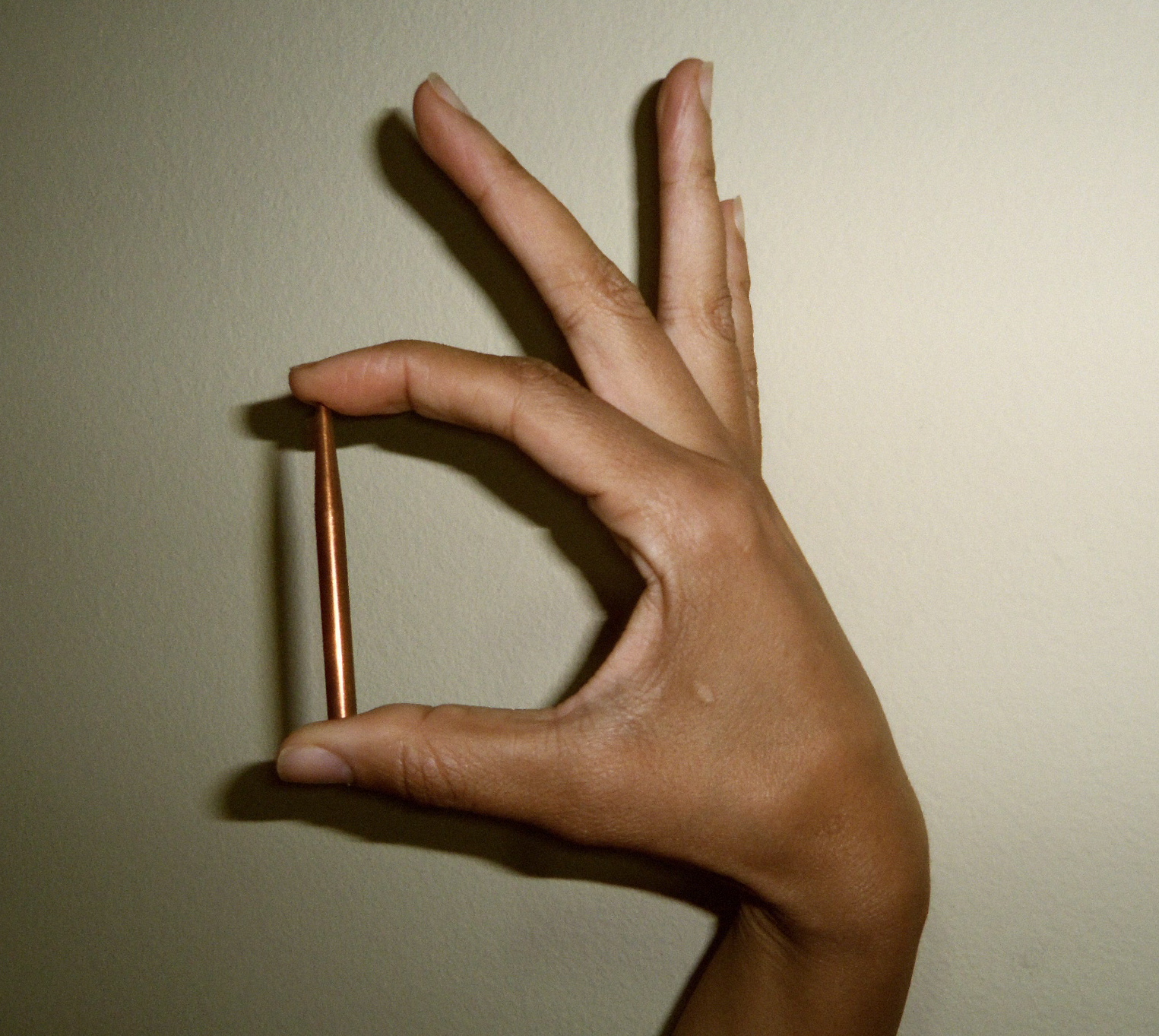 Children usually don't cry when they are being treated; so far I've never had one to cry. It's best if they are disrobed down to their diapers so that we can have a look at their backs, bellies, arms and legs. I have treated children with digestive problems and poor sleep patterns, almost all with great results. They can start as early as about six weeks or so -- when the parents are ready to start taking them out of the home.

With permission from her parents, I will now discuss the journey of one of my youngest current patients, a precocious 14-month-old we'll call "G". I have been seeing this little one since she was about two months old. G's grandmother, who is a long term patient with me, brought G in as an infant. She had been slightly injured during her birth, and her right arm just wasn't working as well as her left arm. She tended to allow the right arm hang down a bit, and she wasn't moving her fingers on that hand as much as she moved the left hand's fingers. There was an obvious and troubling difference between the two limbs. Since G lives in another city with her parents, my time to see her was short, but we had to make the best of it. During that first treatment,  I channeled my teachers in Japan to the best of my ability to use the teishin along the appropriate areas. At the end of the treatment which took less than 15 minutes, we all witnessed that G was moving her arms and fingers equally well on both sides of her body. Her mother and grandmother were very happy and touched by G's response to acupuncture. I was also a little surprised, having never worked with such a seemingly impossible situation before. We all learned something that day. She followed up in the acupuncture clinic a few days later with me, then returned to her home city with her parents. 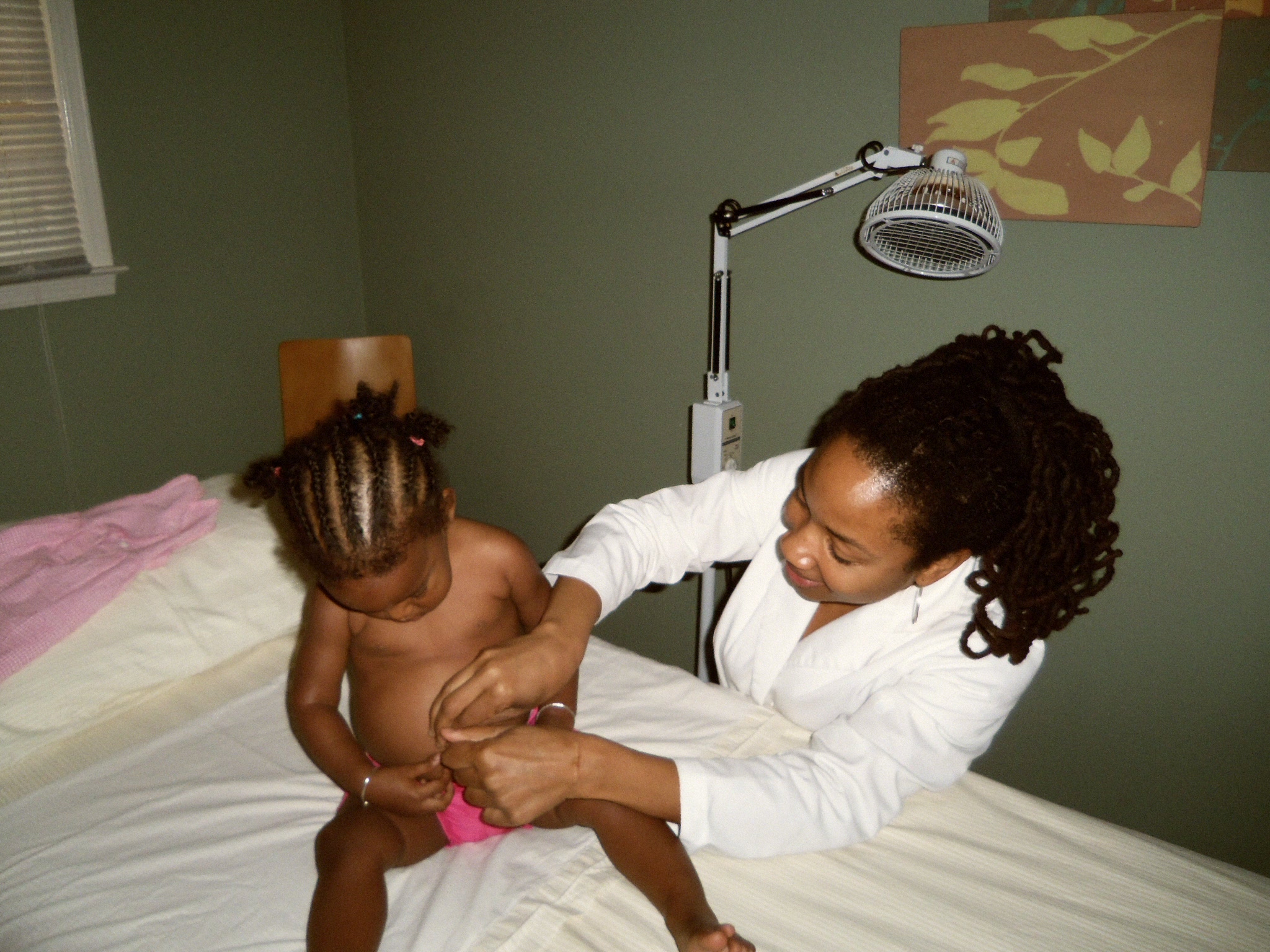 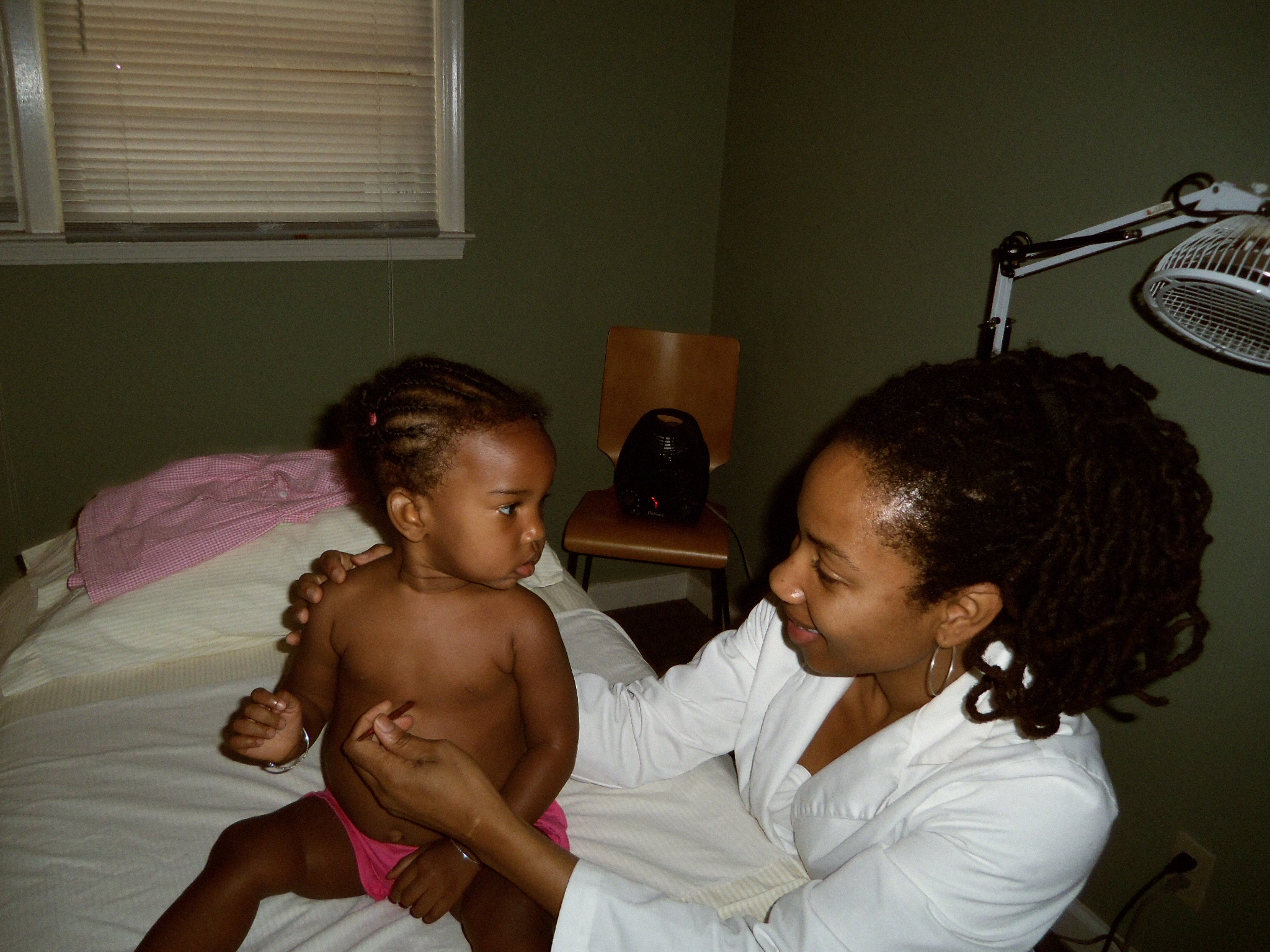 G's grandmother kept me up to date on G's progress in her hometown. G did undergo some physical therapy in her home city to reinforce her progress and continue improving her mobility. Now that G has gotten a bit older, it's hard to tell that she ever had an issue moving her arms. When she's in town, her grandmother does bring her by to get treatments to help with her overall health. Our last visit was a few days ago. My how she's grown. Now, she tries to help me with the treatment, taking the teishin and giving it back to me, using the end of it on her little thigh,  and reaching her arms to me to be picked up several times during her visit. What a rewarding process to see the changes that this little one has made in just over a year. I hope to treat her from time to time, and watch her grow up from my vantage point.